HOUSTON, TX – Celestis, Inc., the pioneer and global leader in Memorial Spaceflights, announced today that it has been chosen to honor the late Nichelle Nichols, Star Trek’s Lieutenant Uhura, by launching a symbolic portion of her cremated remains and a DNA sample into deep space onboard its upcoming historic Enterprise Flight.

Nichelle Nichols recently passed away at 89, leaving behind a legacy that will forever be remembered. She was best known for her lead acting role in Star Trek as the beloved communications officer, Lieutenant Uhura. Her role on Star Trek was as significant as it was legendary. Ms. Nichols was the first black woman in a leading role in a network television series to portray a character that was not shackled by the stereotypes of Hollywood’s past. She paved the way and broke barriers for black women in Hollywood for the years, indeed centuries, to come. Nichols’ influence in Star Trek, recognition throughout the world, and admiration within NASA was so pervasive that she was appointed as NASA’s recruiter in chief and spokesperson to bridge the gap between their initial responses for mission specialists and the overwhelming results achieved in female and minority candidates for the Space Shuttle, current, and future space flight programs. She touched and impacted the lives of people from all over the world with her spirit and determination. Known as a trailblazer, she inspired many lives, including Dr. Martin Luther King Jr. and his family, and will continue to do so for many years to come.

“Nichelle Nichols was a trailblazing actress, advocate, and dear friend to NASA. At a time when black women were seldom seen on screen, Nichelle’s portrayal as Nyota Uhura on Star Trek held a mirror up to America that strengthened civil rights. Nichelle’s advocacy transcended television and transformed NASA.” Said NASA Administrator Bill Nelson. “After Apollo 11, Nichelle made it her mission to inspire women and people of color to join this agency, change the face of STEM and explore the cosmos. Nichelle’s mission is NASA’s mission. Today, as we work to send the first woman and first person of color to the Moon under Artemis, NASA is guided by the legacy of Nichelle Nichols.”

“We are truly honored to add a legendary actress, activist, and educator to the Enterprise Flight manifest,” said Charles M. Chafer, Co-Founder and CEO of Celestis, Inc. “Now our Enterprise Flight will have on board the person who most completely embodied the vision of Star Trek as a diverse, inclusive, and exploring the universe.”

The Enterprise Flight (celestis.com/launch-schedule/enterprise-flight) will travel between 150 million to 300 million kilometers into deep space -well beyond the Earth-Moon system to interplanetary space. This mission will launch over 200 flight capsules containing cremated remains (ashes), messages of greetings, and DNA samples from clients worldwide on an endless journey in interplanetary space.

Vulcan will first put Astrobotic’s Peregrine lunar lander on a trajectory for its rendezvous with the Moon. The Centaur upper stage will then continue into deep space, entering an orbit around the Sun, becoming humanity’s furthermost reaching outpost, which will then be renamed the Enterprise Station. On this one-of-a-kind mission, Nichols will also be joined by her son, Kyle Johnson, who will submit his DNA to allow him to take this journey with his mother.

“My only regret is that I cannot share this eternal tribute standing beside my mother at the launch.” Said Nichelle Nichols’ son Kyle Johnson. “I know she would be profoundly honored for this unique experience and enthusiastically encourage ALL of her FANS to join us vicariously by contributing your thoughts, affections, memories, NN inspired successes, dreams, and aspirations via email to be launched with her on this flight! WOW!”

Fans around the world will be able to officially celebrate Nichelle and her life by sending their name and tributes to her for free on the Celestis website (https://enterprise-flight.com). Those names and messages will be digitized and launched on the rocket accompanying her on her journey to the cosmos. To further honor Nichelle and her legacy, Kyle and the rest of Nichelle’s family has created the Nichelle Nichols Foundation. The focus of the foundation will be to continue her legacy to inspire the next generation to aim for the stars and lead us closer to Gene Roddenberry’s vision of the future.

Celestis, Inc. is the pioneer and iconic global provider of Memorial Spaceflight Services for those seeking to celebrate a life or the life of a loved one with a uniquely compelling memorial experience. Celestis missions offer four unique destinations: reaching into suborbital space, Earth’s orbit, the Moon’s surface, and now – with the Enterprise Flight – to interplanetary space. Celestis services are available through our online portal www.celestis.com and via a network of more than 3,000 funeral service providers worldwide. Reservations remain open for the Enterprise Flight and other Celestis missions.

Since its first mission – the 1997 Founders Flight – and through 18 subsequent missions to date, Celestis has been recognized by nearly every prominent member of the global media, by distinguished organizations, including the National Space Society and the Space Frontier Foundation, and most importantly by its clients from all walks of life – from astronauts to truck drivers – as a leader in both the commercial space industry and among emergent alternative funeral services providers. Every Celestis mission brings families together from around the world to witness the launch of their loved ones on a final mission of purpose. We will host a multi-day set of mission-related events for the Enterprise Flight, culminating with viewing the launch from Cape Canaveral, FL.

For more information on the Celestis Enterprise Flight, visit the Celestis website at www.celestis.com, or call 1-866-866-1186. For mission-related content, please visit https://www.celestis.com/launch-schedule/enterprise-flight. Follow us at facebook.com/memorialspaceflights, twitter.com/celestisflights, and instagram.com/celestismemorialflights

About The Nichelle Nichols Foundation

Nichelle Nichols wanted her legacy to continue after her death and her family is excited to announce the creation of the Nichelle Nichols Foundation. The foundation will launch on December 28th on her 90th birthday with a pre-launch planned for this fall. The foundation will carry on her legacy of inspiring the next generation to reach for the stars and guide us closer to Gene’s vision of the future. Nichelle loved her fans and it was important to Nichelle, to keep her fans connected and to work together to accomplish amazing things. Her family is excited to keep fans updated, as they announce board members, board of advisers, partners, special events, and much more. To be kept up to date and receive more information and sign up to receive newsletters from the foundation, fans can send in their name and email address to Info@nichellenichols.foundation. They can also visit the foundation’s website, www.Nichellenichols.foundation. 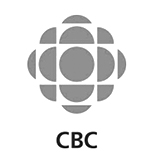 Celestis is the only company to have successfully conducted 18 Memorial Spaceflight missions, and the only company to be selected by NASA to honor one of its scientists. For nearly three decades, Celestis has been an iconic pioneer and global leader of the commercial space age.

Reach For The Stars